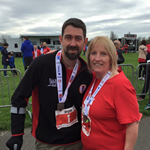 In our latest interview, we chat to Dom Williams – a gent who in so many ways embodies the spirit of what running can do for people and communities.

Dom, where on earth do we start?! You’ve achieved so much recently but let’s begin with something straightforward…

How did you get into running?
I got in to running in the spring of 2011, it started with an invite from my brother to do the Bristol 10k. That was April/May time and afterwards I didn’t think much about it until a month later my partner (Katy) asked me to stand in for a friend of ours in the Bristol half, which was early to mid September. I agreed and set out training, that’s when it all really began. In between watching Eddie Izzard’s amazing run around the country, a trip to Anfield and the Bristol half, the Hillsborough-Anfield run was born.

Did you ever see yourself running the distances and organising the events you have back then?
From watching the Eddie Izzard run I knew I could do something along those lines, it really set my imagination off on what I could do, and what I can do in the future.

You’re the man behind the Hillsborough-Anfield Run. How would you describe what that has given you?
When I started out on getting the Hillsborough run going I never for one second thought I’d meet so many inspirational people, people I know consider friends. I feel very proud of what we (everyone who has been involved with the H-A run team) have achieved since the first run in 2012 and hope we have done everyone concerned proud, it may only be a small thing we do but each and every one of us have put our all in to every step taken in remembering the 96. 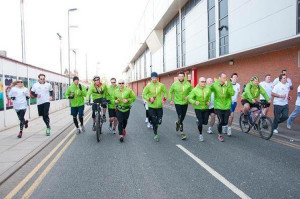 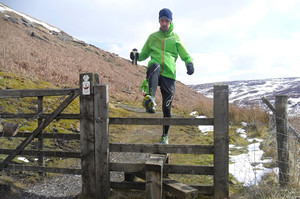 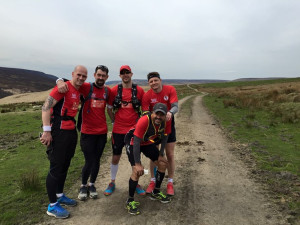 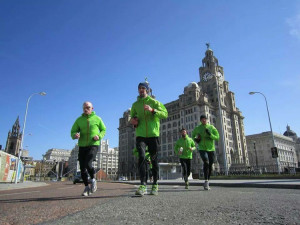 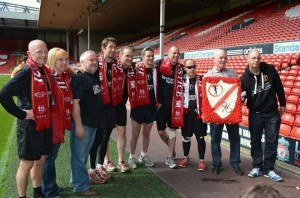 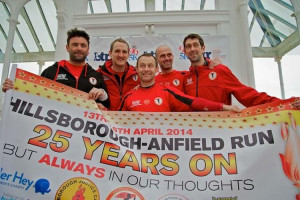 You’re very passionate about using running for good causes. What is your proudest moment?
There are so many but, I guess walking across from the Isla Gladstone to the start area for the first Run For The 96 5k and seeing around 2,500 people waiting to take part, just unbelievable pride. Knowing a lot of Family members who lost loved ones at Hillsborough were there and survivors too, it was an amazing sight to behold.

It was an amazing sight indeed Dom. I did it with my family and it was a very special day 🙂

You were very recently nominated for the “Best Running Moment” in the Merseyside Running Community Awards 2015. How did that make you feel?
I was really shocked to be honest, of course I knew about the awards but never thought for a moment I’d get a nomination. If I’m honest I would have liked to see the team get nominated but hopefully I can go on to win this one and can accept it on behalf of the whole team. If not, we can still be really proud of all we have tried to do with the run and we’ll carry on doing our best.

Well I voted and certainly congratulate you on that! What are your hopes for the community legacy of “Run for the 96 5k”?
Thanks Jeff, it means a lot to get support for what we do. I just hope Run For The 96 grows and is embraced in the spirit it was intended to, bringing people together for a day to remember. So much sadness comes from Hillsborough but I know a lot of the Families had a really good day, leaving in high spirits and looking forward to next year. Hopefully some justice will have been found by then! 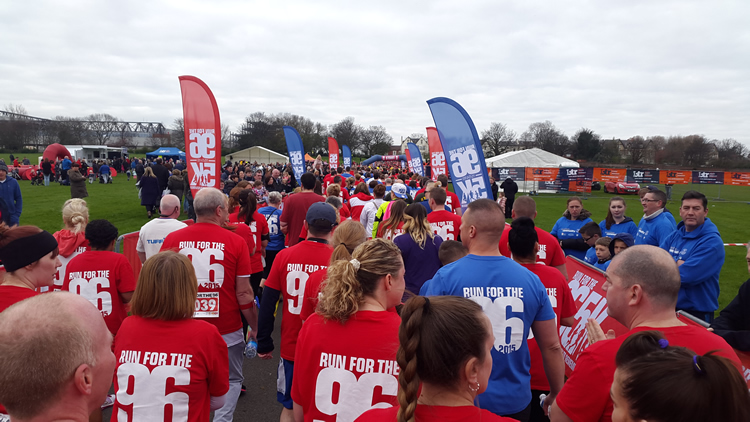 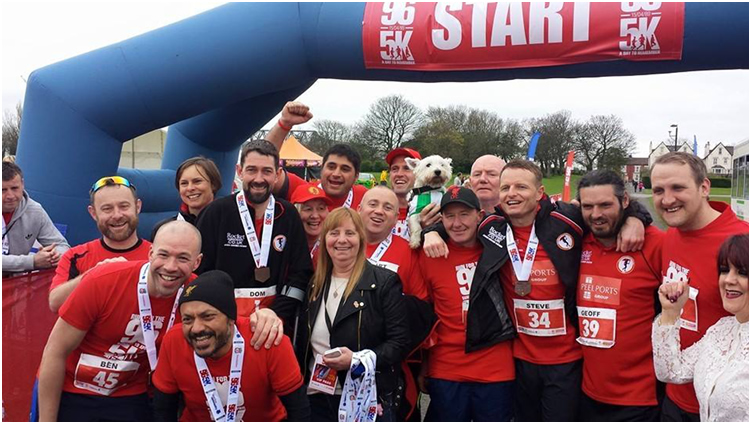 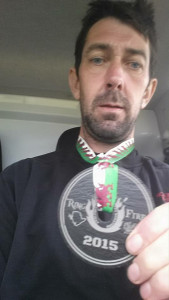 As if completing Hillsborough-Anfield Run 5 times wasn’t enough, you’ve achieved other amazing feats. Could you tell us about the “Ring O Fire”?
Where do I start? It was absolutely buy soma 350mg brutal, day 1 is gruelling to say the least, 35.7 miles of tough coastline trail followed by a flatter but still very tough 65.9 miles then a further 33.4 miles with a mountain and descent to finish! I’m already entered for next year, the scenery there is incredible so why not? 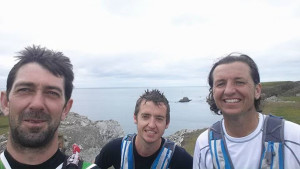 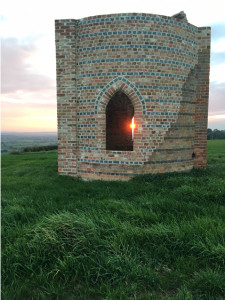 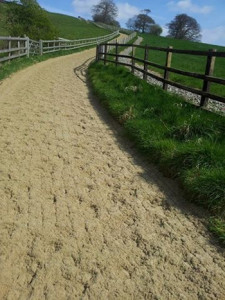 Where is your favourite place to run?
I live very close to the Glastonbury festival site ( a good few miles from Glastonbury) and there are some cracking hills I can take in as well as being able to look over at the pyramid stage, it’s quite some view. I’ll often finish that particular 8 miler up Paul Nicholls hill gallop where some of the greats of National Hunt racing have been trained, it’s easy to see why they have an edge!

Haha excellent 🙂  Music or silence when running?
I’ll often have music on for the shorter runs but when you get over 20 miles it can get a bit much, mostly music though.

How important are family and friends in helping you achieve what you have?
Easy this, they are massively important. All the training can be a huge strain sometimes but ultimately I have their full support. 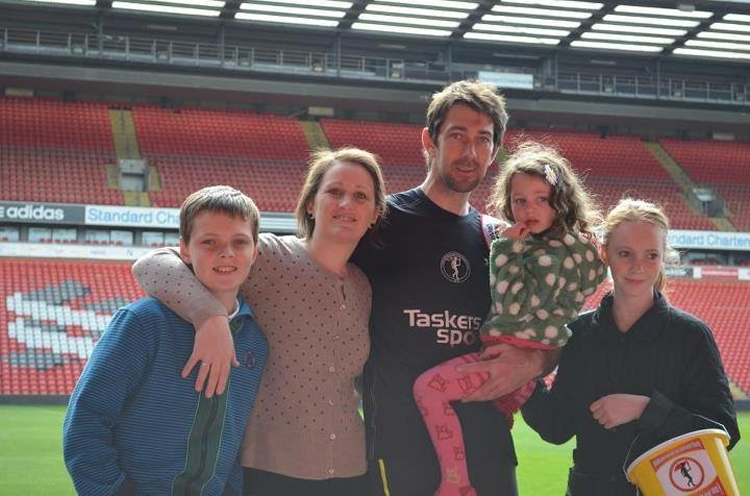 What gives you such drive?
I wish I knew the answer to that, I’ve never been particularly driven by anything but running is different. A lot of people think I’m crazy running the distances I do but it’s easy when you enjoy it so much.

What is the worst thing anyone has said to you?
Roy Hodgson is the new Liverpool manager.

What is the best thing anyone has said to you?
Jürgen Klopp is the new Liverpool manager.

Real food or not when it comes to running?
I tend to eat what I want but I get cravings for healthy foods, I don’t really have a specific diet.

What is your favourite running #fuelfood at the moment?
I’m a big fan of broccoli at all times but especially leading up to a long run and bananas, I love bananas.

Yep, you can’t beat bananas in my view 🙂

And if you could invite anyone on your favourite run, who would you ask?
This is a strange one for me because as a personality I’m not bothered by him but, it would have to be Eddie Izzard. I’d love to talk to him about his run around Britain but more than anything I’d like to thank him for inspiring me to run these long distances.

What other events are on your bucket list?
No bucket list as such though I’d love to do the UTMB and North Pole marathon, aside from that I have a run in mind that has been in my head from almost the first day I set out on these longer runs. If I ever get the chance (it’s a huge if) I’d like to organise a team to run from the Spion Kop in Durban, South Africa to the Kop at Anfield. Whether this will ever be attainable I don’t know but if I could get the backing I would definitely do that.

I’m sure you can and will!  Who or what inspires you?
All the Families and survivors of Hillsborough have been a massive inspiration, what they have been through and continue to go through for the last 26 and a half years is a disgrace. I hope 2016 can bring some closure to them all.

I could not agree more… 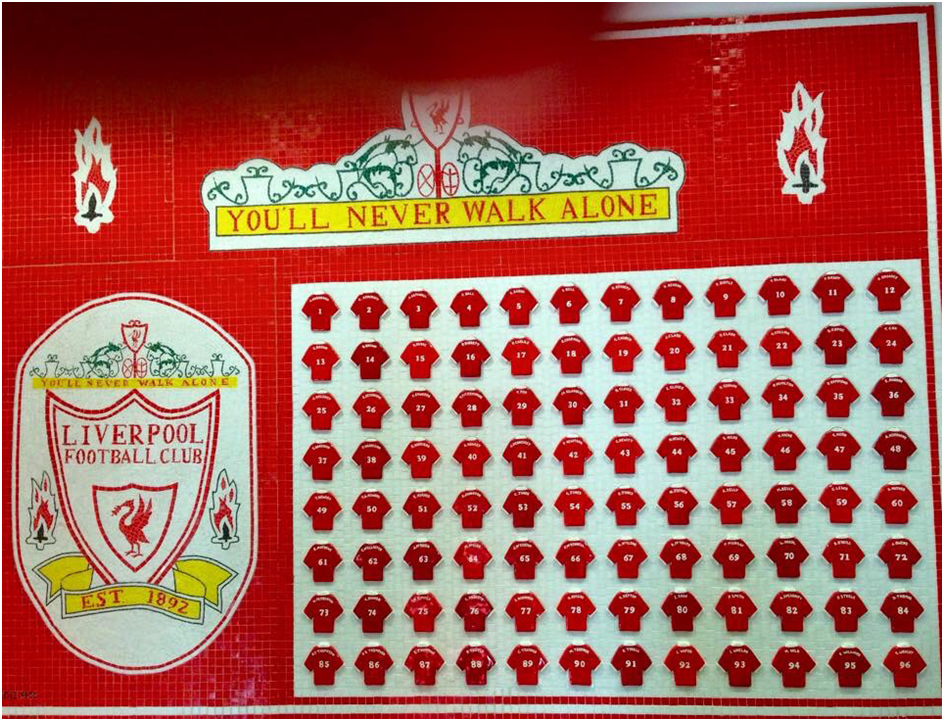 Superb that Dom! Hugely grateful to you for doing this interview. You’ve shown what people can achieve when they really set their minds to something. I wonder how many people you yourself have now inspired to run because of your own achievements 🙂

What an inspiration Dom Williams is, not only a fantastic runner but also a devoted family man. Hope you do well with your nomination Dom you deserve it.

Great to read your text:-). Looking for more. Best regards!

Well, very nice:-). It was really nice to read you. Best regards