Apple and pear compote is so straightforward and tastes delicious. Very easy to digest too 🙂 Excellent enhancer of porridge & yoghurt.

Pureed apple and pear is a very easy way to add that something extra to your porridge or yoghurt. Yes it does look a little like baby food but believe me it’s lovely. So whether you’re after some fuel before training or a race, or just simply looking to enjoy a relaxing snack, this will satisfy. During recovery from Lyme Disease, I was amazed at the benefits of pureed foods such as rhubarb, apple, pear. You are breaking down the food to make it much easier to digest. With fruit this is the breaking down of  the ripening enzymes; with vegetables it’s the breaking down of the cells – allowing the molecules to thicken. Most of all, pureeing food adds so much natural flavour 🙂

* if you don’t have orange juice, use water. You can swap cinnamon for nutmeg. Can also add vanilla essence.

Serve and enjoy – you can really #pimpyourporridge or #pimpyouryoghurt with this! Great for a running breakfast or snack. 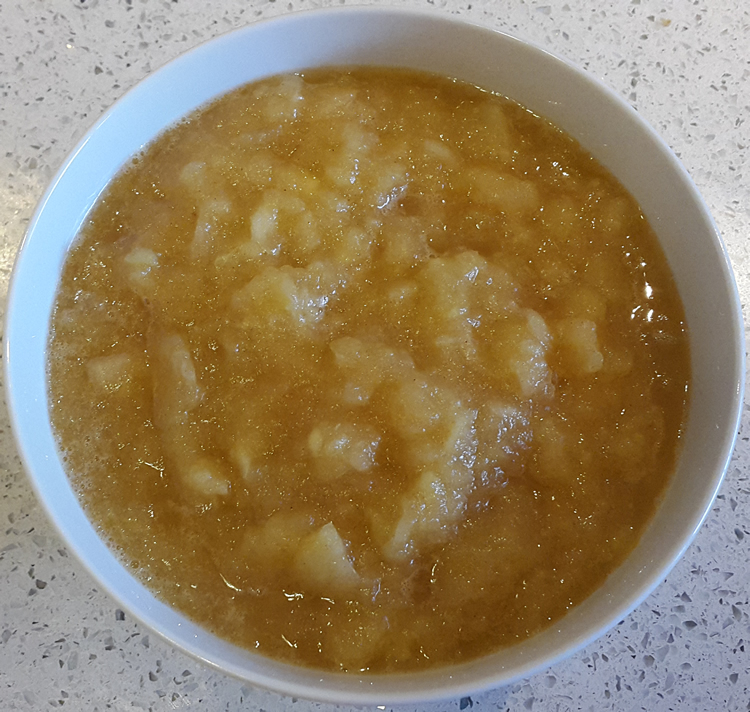 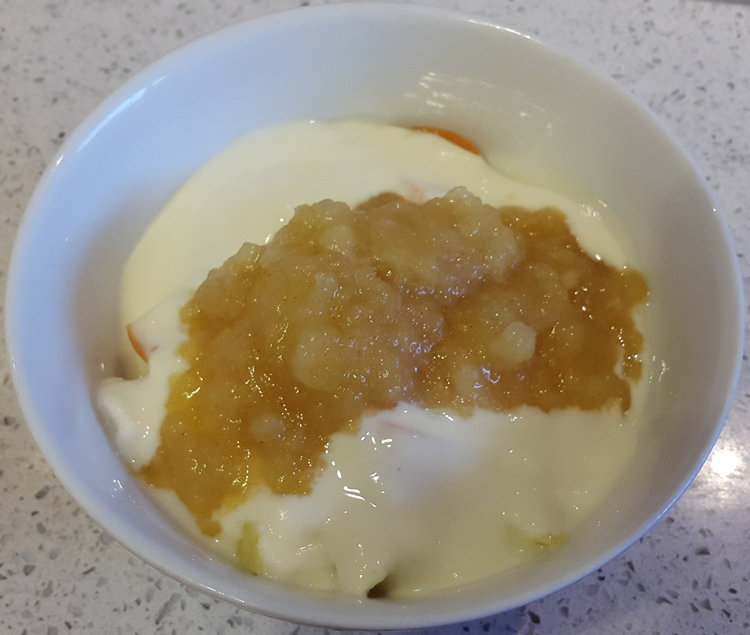 When pureed, apple is much easier for your body to digest. Contains fibre in the form of pectin, a very healthy option, suggested to help with avoiding alzheimer’s, parkinson’s, cancers.  Good for cholesterol and your immune system too. Even better is the flavour is enhanced, particularly when cooked as above and mixed with other healthy ingredients like orange, vanilla, cinnamon.

Cinnamon is loaded with antioxidants and anti-inflammatories. Can help lower blood sugar levels and have anti-diabetic effects. Cinnamon is also thought to reduce the risk of heart disease, plus help fight bacterial and fungal infection.

Cinnamon has a sweet spice aroma which really compliments the taste of the apple. Your kitchen will be full of lovely woody sweet aroma.

Cheap and readily available in supermarkets and any decent food store. Ceylon is the best variety.