Scorpion Stings family in the Lakes

It’s rare an entire family will be stung by a scorpion. At Staveley, all four of the McCarthy’s endured the “Sting in the Tail”.

And what a day it was! All four of us taking part in a Lakeland Trails event for the first time. The kids have really got into running as a previous #parkrun post detailed.

Having just turned 16, Louis was eligible for the 10k event. When we entered last year, he’d only just started running regularly. We both booked on, assuming I’d take him round the course. How wrong we were!

Lakeland Trails quest to encourage more people to try out trail running, by introducing a new 5k Sport Trail for 2017, meant Anne Marie and Izzy (13) entered – the former with some cajoling from Izzy!

As is so often the case, the atmosphere at the event village was buzzing as entrants and their friends & family went about their business of settling down to enjoy the day ahead. There was a real feelgood vibe to Staveley village – no doubt helped by this being a ‘home’ event for new event sponsors Inov-8 who are based literally across from the recreation ground.  The kids both took the chance to ‘test drive’ some Inov-8 for their runs – instead of using their normal trail/fell shoes.

Catching up with running friends old and new was a theme of the morning as we wished each other luck for the events ahead. A ‘good luck’ handshake from Graham Patten was a very nice touch before the off. 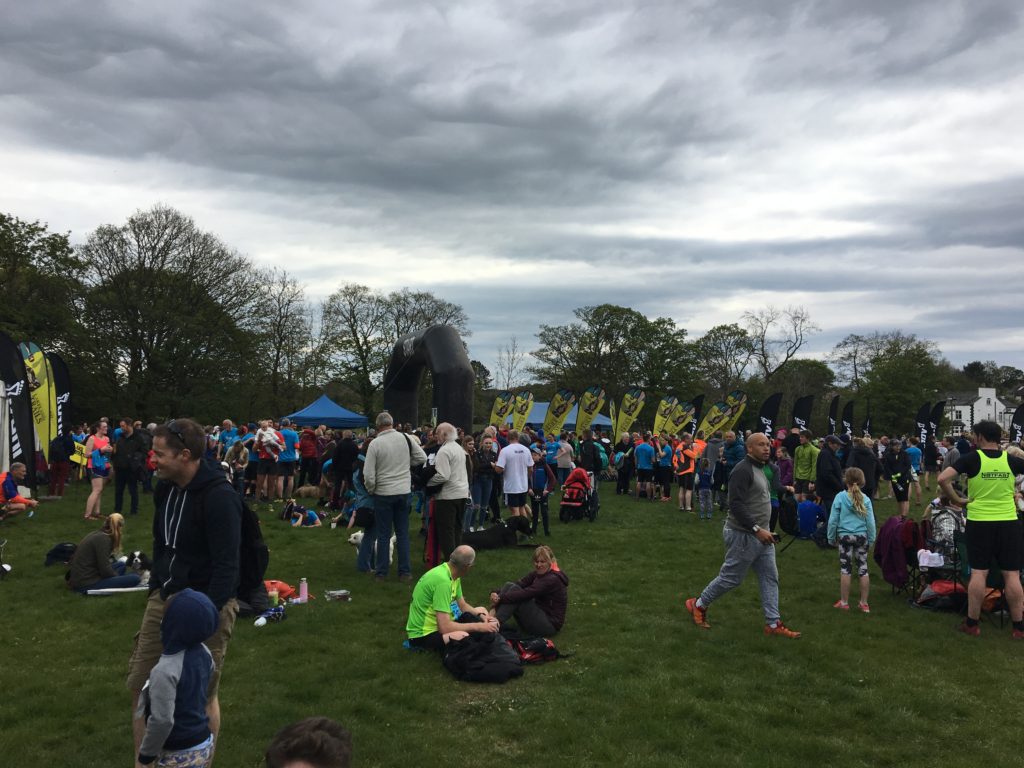 The brilliant “Batala Lancaster” got everyone buzzing with their enthusiasm as they drummed up the energy for the start of the 10k. Louis asked “So are we running this together then?” as we were about to head off. The look in his eye said different so I smiled wryly and said we should each run our own race. He smiled and we both knew we were determined to be first back to the finish! Louis stated his intent with a gentle elbow to move me aside as we set off. That first 10 metres was the only time I spent ahead of him! Running so strongly the entire course he built and maintained a 1-2 minute gap. As a parent I had a real mix of sheer pride and joy at how well he was going (I was mentally willing him on) yet at the same time, running hard to catch him in the event he may tire cipro buy online lol! He didn’t as you can see from the times below!

After a gruelling road climb roughly half way through, Louis still managed to take on the climb up and over Reston Scar while still having the energy to belt down the descent back to Staveley village – that last ascent and descent was where I thought I might catch him but he had other ideas.

I gave it everything at the end, to the point of wretching as I rounded the final bend and literally staggered pitifully across the finish. Pleased with 1:00:34 over 11.8k and even more delighted to see Louis had reached 16th with 58:35! 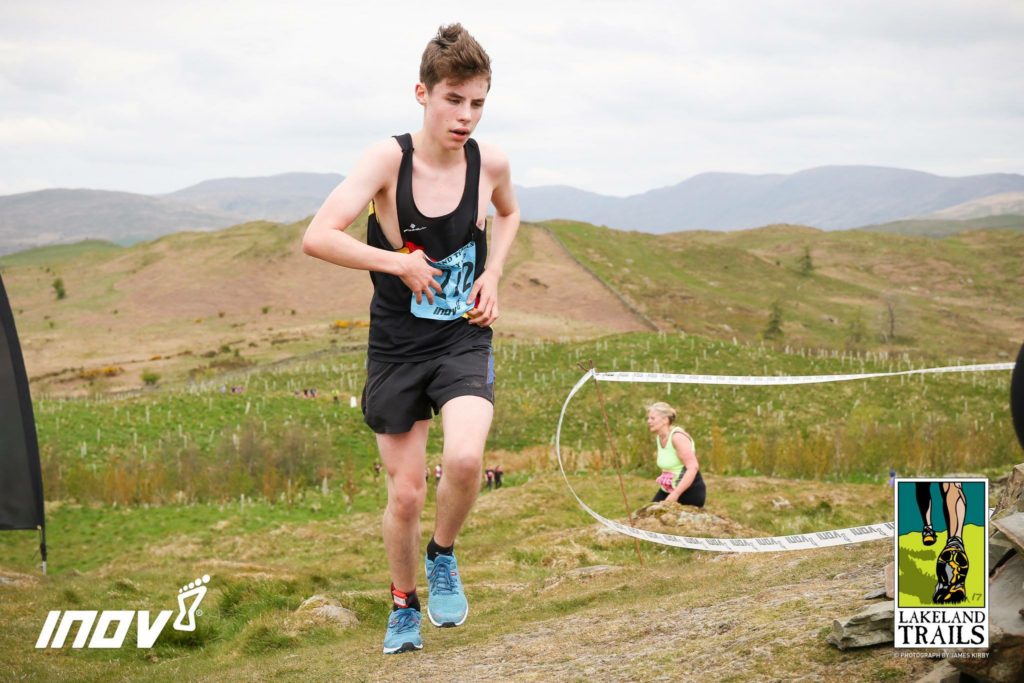 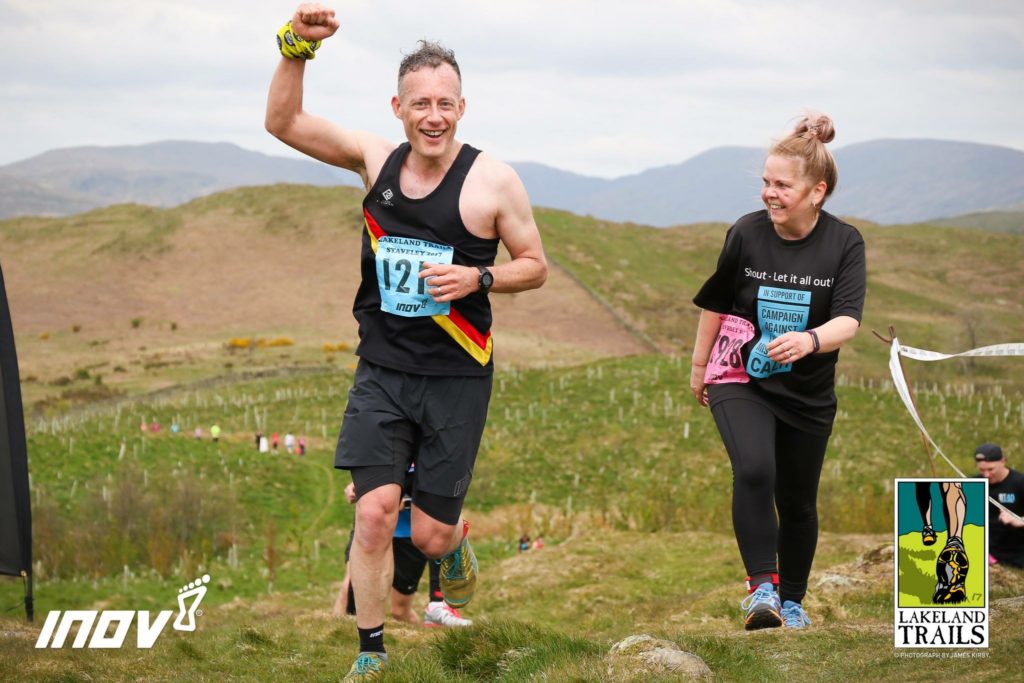 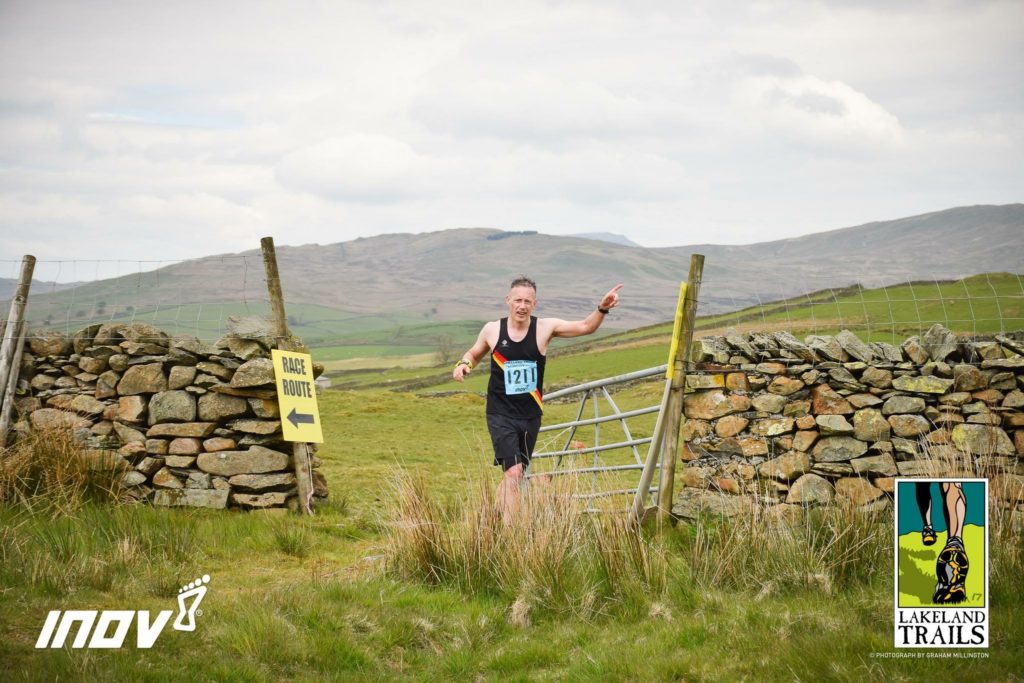 Do we go up there? (Not noticing clear signs) 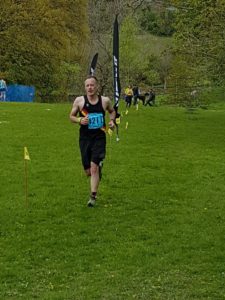 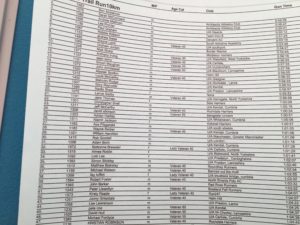 The 5k had started after the 10k (11.8k). Their route turned out to be 5.8k with 2 huge climbs – the second being Reston Scar. Almost all four of us finished together. Izzy said it was the hardest she’d ever run and I think she surprised herself by finishing 11th with  36:01. Only 30 mins later she was asking “When is the next one?” lol. Anne Marie had battled her inner voice to push through both climbs and run the steep descent. Enjoy would be the wrong word but she was glad to have experienced her first Lakeland Trails event. We’d all successfully negotiated the ‘Sting in the Tail’.

Apres Trail was a joy. We were able to cheer on friends who were running the 17k challenge and race. Enjoy some lovely coffee and food from the stall vendors. Oh and Louis bought himself a pair of Inov-8 ROCLITE 290 and has been out in them a few times since 🙂

A massive thank you to all amazing marshals, for your smiles and encouragement to all runners 🙂

Btw, I’m only pointing out actual distances for information. One of the great things about trail running is that distances are not expected to be exact. We’re lucky to be running such beautiful places so why not embrace an extra km or two?! 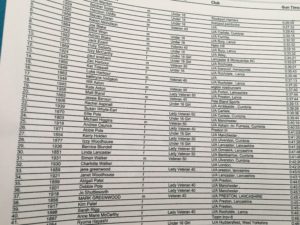 So what now? Well myself and Louis are booked on the Autumn Series 10k so we can do battle again. Izzy on the Autumn Series 5k too. We’re looking forward to Keswick, Helvellyn and Ullswater so much I can’t tell you! (AM is happy to watch 🙂.)  This #Run1000Miles challenge is going well and keeping me fit 👍