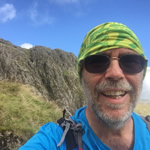 Here he talks about #Run1000Miles, favourite places to run, preferred nutrition and more.

Eddie, what was your reason for getting involved in the #Run1000Miles Challenge?

To be honest, I’m not sure, I think part of the motivation was to get a free ruff. I subscribe to Trail Running magazine and so became aware of the challenge early on. As I reckon that I run about a thousand miles most years, unless I get injured, joining in was a no-brainer.

I didn’t really think about it all that much, but the Facebook group grew and I got more involved in the social media side of things, through that. The group was a real inspiration and it was great to read people’s stories, to meet a couple of folk from the group in real life and to see the photos.

How did you get into running and when?

I guess that it started when I was a teenager in the seventies, growing up in the North East. I did a morning and evening paper-round of about a mile and a half and I used to really enjoy running it. When I got to University and was no longer delivering papers, I started running just to keep fit. This carried on through my twenties; nothing serious, just the odd two or three mile jog to keep the muscles moving. Then my family moved to rural West Africa – no electricity, no running water, but plenty of mosquitos. At that point my running went out of the window. Twenty years later, I found myself living in High Wycombe and somehow I’d become overweight and middle aged. One morning, I decided to set the alarm for half an hour earlier and go for a run. I walked up the hill behind our house and jogged down through the woods. A year later, I was running five miles and the following year I did my first half and a year later, the London Marathon. I’m still overweight (though less than I was) and I’m still middle aged, but I am a lot fitter than I was. 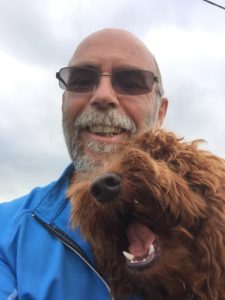 You now live in Yorkshire – where is your favourite local spot to run?

We’ve been in Yorkshire for less than a year, so there is still a lot to explore, I can get onto the moors straight from our house, without ever running on roads; but kicking off with a 500 foot climb without a warm-up is a bit grim. I love running out to Skipton on the Leeds-Liverpool canal and then returning via Farnhill Moor which isn’t too high, but gives great views.

And in the Chilterns (where you were previously)?

There is a very unprepossessing footpath in an industrial estate near the football ground in High Wycombe, which goes between two grotty factories, but ends up in a nature reserve. That opens up a whole network of pathways that go off in all directions, Thirty five miles from the centre of London, I could run for twenty miles, only crossing a couple of roads with red kites, deer and rabbits for company – and hardly a human being in sight. Over the years, I grew to know every mile of those paths and they will always be special.

However, if you want to know my favourite run of all, it is from the Bays Brown campsite in Langdale, down the valley, then climbing up to Blea Tarn and up onto Lingmoor Fell along the ridge and then back town into the valley and through the woods back to the campsite, Six miles before breakfast, followed by a day walking on the hills with my wife – perfect.

Anything but roads! My knees are too old (they seem to be older than the rest of me) to take the continual repetitive pounding that road running creates.

It depends on the day. Just being outside on the hills, in the woods or by the canal is reward enough. I’m not much into trying to get personal bests and to set fast times; I know my best and fastest days are behind me, but there are times, that I can recapture the feeling of being a kid, running for the sheer joy of feeling my body move rough ground.

Then there are the days when the sleet is in my face, the wind is chilling me to the bone and I feel more alive than anyone sitting by a warm fireside could ever understand (though I like the warm fireside afterwards).  A few years ago, I had a t-shirt printed which said, “Running might kill me, but at least I’ll have lived”. That more or less sums it up.

Haha, brilliant! What keeps you motivated?

In 20 years’ time (perhaps ten?), I’ll struggle to walk in wild country, much less run. I know it sounds morbid, but I want to enjoy every moment that I can. 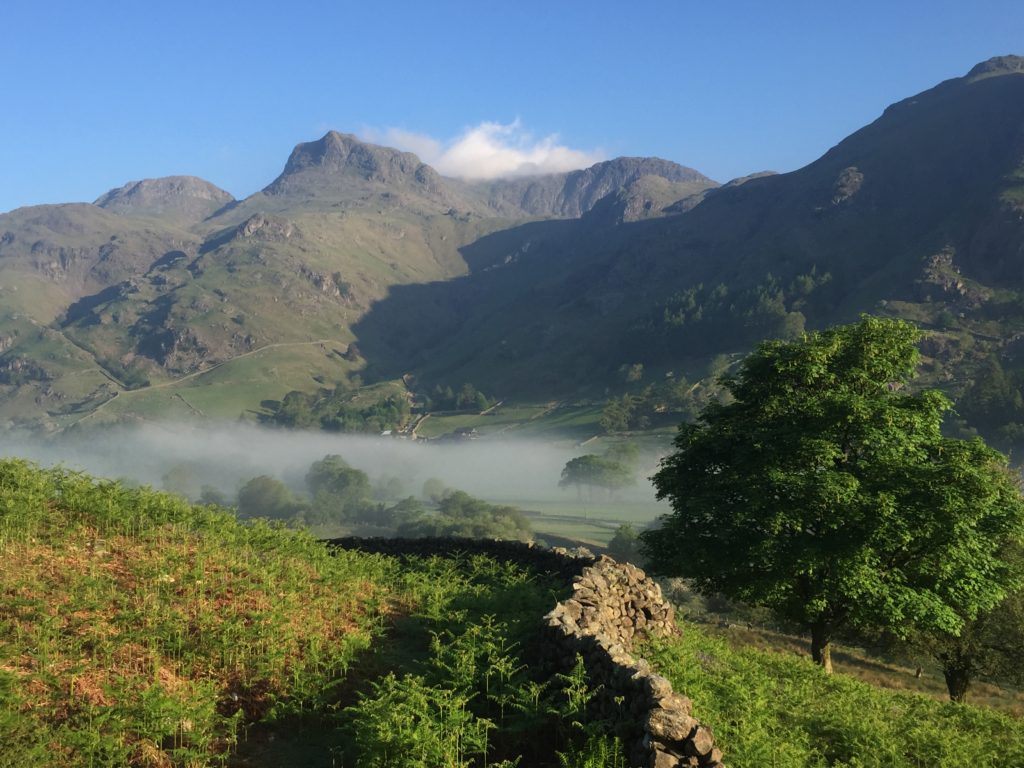 What is your favourite pre-run and post-run nutrition?

I’m a creature of habit, so pre-run tends to be my normal breakfast of sugar-free muesli. If I’m going for a very long run; say 15 miles plus, I’ll add on a couple of slices of toast and marmalade. For long races, when I tend to be camping the night before, I go for those pots of porridge that you make by adding hot water.

Post-run, I tend to go with whatever my body tells me I need. That’s generally something with a fair bit of protein – it may simply be a coffee with lots of milk. After really long runs in warm weather, I often have a massive craving for ice-cream. Lots of long races serve vegetarian chilli at the end, which is always a good option. I’m not sure that the beer and fish and chips, which I got at the end of the St Begas Ultra last summer was the ideal recovery food, but it certainly hit the spot.

During runs, I tend to prefer real food to gels and energy bars. When descending from Grisedale on the Ultimate Trails 55 a couple of years ago, someone I was running with offered me a mini-cocktail sausage, which seemed a strange thing at the time – but I’ve never enjoyed a sausage so much in my life. Strange though it may seem, I now carry mini-pork pies on ultras. I do have the odd gel or bar in my pack, too, but they often come home with me. I’ve learned that it is important to take on nutrition before you need it and even on a ten mile run, I’ll often eat something at five miles, just for the discipline of the thing. If I know that there is a big hill coming up, I’ll try and have a gel or something about 10-15 minutes beforehand to get more sugar into my system.

What most people don’t realise is that ultra-running is basically a mobile picnic. 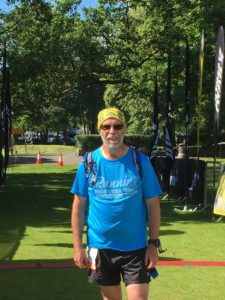 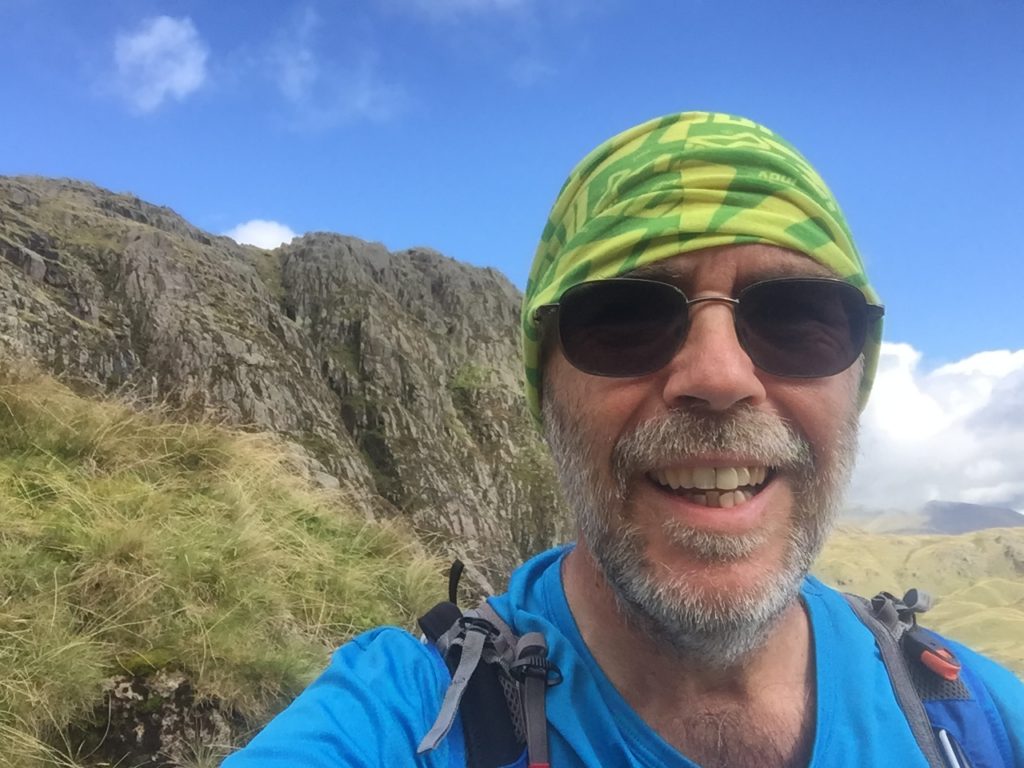 It is indeed! Do you ever have doubts when running?

I don’t have many doubts when I’m running, as such. However, at the start of races, I tend to be very conscious of being a bald, slightly tubby, old bloke who is surrounded by younger, thinner people who actually look good in lycra. When the said young, thin people vanish up the trail leaving me panting in their wake, I can wonder what on earth I’m doing there. But then I settle into my own tempo, order phentermine 37.5 mg grind out the miles, enjoying the views and chatting to other mid-to-back of the pack runners and I have a whale of a time. I rarely overtake anyone on the trail (did I say, I was slow?), but it’s not unknown for me to be in and out of checkpoints while others are gorging on the flapjack. At my age, you never sit down at checkpoints (unless you are changing your shoes), the danger is that you’ll never stand up again.

I love this quote on ultra running but can’t remember the source:

“If you ever find yourself feeling good during an ultra, don’t worry, it will soon go away.”

Who or what inspires you?

I could watch Nicky Spinks’ film, Run Forever, once a week and not get tired of it. She is a real inspiration and meeting her was a highlight of 2017 for me. However, the thing that really inspires me is any photograph of a random runner out in the Lake District, or somewhere beautiful. I like the hills and I want to enjoy them. 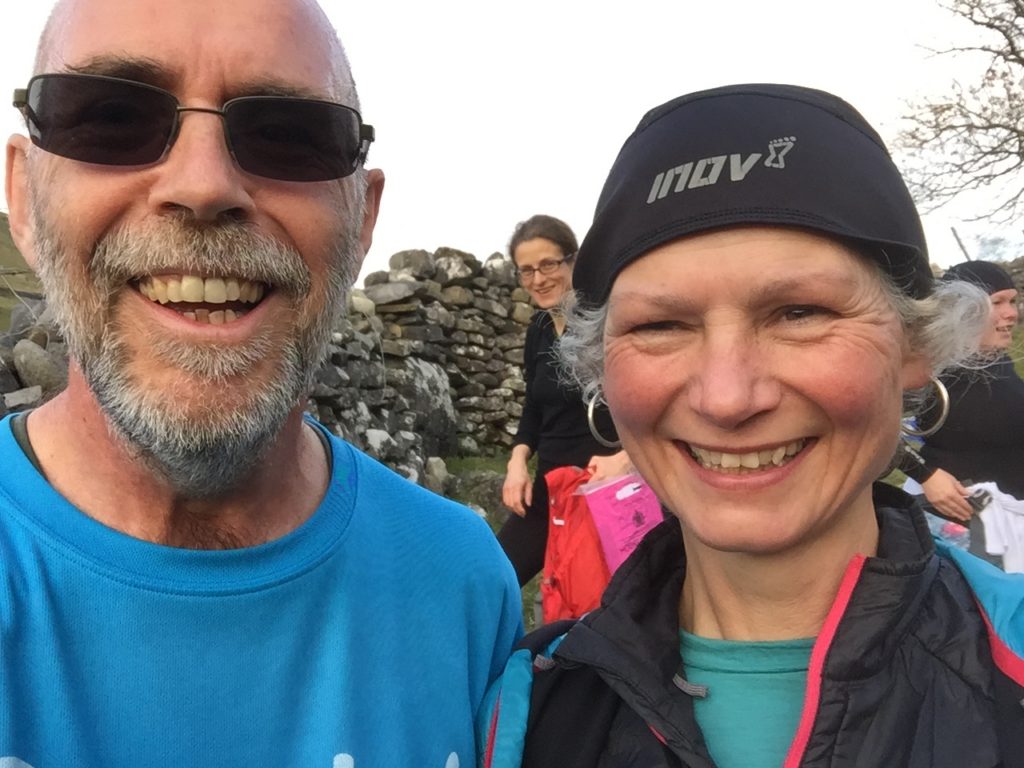 How do you get through those tough runs when you just can’t be bothered?

The hard part is getting out of the door. If I can manage that, I’m generally ok. One thing I find is running out and back routes; that means you’ve got to keep going otherwise you’ll never get home.

I’m sixty this year and I have a personal goal that I’ll tell you about when and if I achieve it. It’s probably more than an overweight late-middle aged bloke should be doing, so I’ll keep it under my hat for a while. I’m desperately trying to lose weight and to get generally stronger, buying ativan online but I find that it’s hard to balance everything. It’s great to know that I can do ten back squats lifting 80 kilos, but it gets my legs so tired, I can’t run up hills for days afterwards.

I guess that my real goal is to stay injury free, to enjoy running and to be out along the canal and in the hills as much as I can.

Eddie thanks a million for this interview. Can’t wait to hear more about your personal goal. Also to seeing you again for our #Run1000Miles Challenge 2018. Enjoy another awesome year 🙂