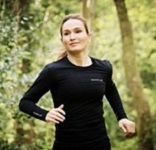 Lowri Morgan on #her333 Ultra exploits

This is one of a series of amazing feats Lowri has in store 2016/17. #BeInspired

Lowri, for those that don’t know you. could you just tell us a little about yourself please?
When I was growing up, I always wanted to be a classical singer. That is what I had always dreamt of becoming and what I had trained to do. On the other hand, adventure and sport was always a passion of mine. But life chose a different path for me. Now people call me an Adventurer, Endurance runner and Presenter. Luckily, through my work as a Broadcaster I have been very fortunate to have followed world championships, jumped out of planes, dived looking for Pirates’ ships, lived with indigenous tribes and was one of only 80 in the world to have seen the wreck of the Titanic. I’ve also raced in some of the World most toughest endurance events.
Amazing! Why do you run?
I do it for charity, my family and for my 18 month old son – to teach him about having goals. Because when we do have a goal, where we have to stretch for that goal,a goal that takes us out of our comfort zone, we will find some talents and abilities we never knew we had.
I also do it because this is what I live for. I live for the challenge, for putting myself in a place where I feel I’ve got nothing left, where I feel beyond broken, beyond empty, but I find a way to keep going. Because I love looking behind me at the trail, to the bottom of mountain, and seeing the journey I’ve just taken.  I am always amazed at how we can keep moving those boundaries. 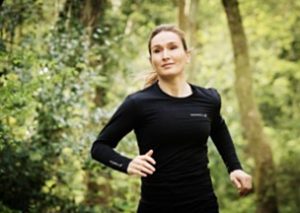 Tell us more about your 333 challenge (#her333)
It was 2014 when I initially hatched this idea. I wanted to go for a ‘world first’ challenge but also wanted to do it in Wales. Eventually, I thought of the 333 Challenge; three ultra-marathons, taking in three of Wales’ highest peaks, in three days. I still haven’t been through the Guinness book of World Records, but I don’t think anyone has ever completed this in three days.
This wasn’t the first extreme endurance challenge I’d done as part of an S4C series. In 2009, I took part in the 120-mile Amazon Jungle Marathon, and two years later we filmed the second series, when I managed to complete the 350-mile 6633 Ultra Marathon, which is held within the Arctic Circle. So it was inevitable that I would someday feel the need to take on something else.
However everything changed shortly after pitching the idea, when I found out I was pregnant. I knew becoming pregnant in the meantime would make the story a very different one, but the challenge always remained the same.
Why?
In 2015, fitness and endurance wise, I was back to square one after having my son. despite running throughout my pregnancy and returning to running 2 weeks after having him, I really struggled to even complete a mile. However, I knew with all the lessons I’d learnt during my races over the years, I’d get back to where I was before. I knew it would take a lot of hard work and sacrifice – there’d be tears of sadness and joy but I just knew I could do it. The drive to get back out there racing and pushing boundaries was an emotion too strong to ignore.
Did having a camera alongside you constantly help or hinder?
Sometimes that producers’ hat offers some escapism. In a challenge like this, it can be advantageous because thinking about what you’re going to say to the camera can take your mind off the pain you’re experiencing. Other times though, you just need to focus on the rhythm of your feet.
It’s not just the body that tires, but your mind tires too and it wasn’t always easy thinking about what to say next. I had some amazing Welsh endurance runners keeping me company along the way. It was great to have them by my side and to hear their stories about what inspires them to get out there. Having said that, it was tougher than expected to run 150 miles and interviewing 8 inspirational people at the same time. But the greater the challenge, the bigger the success. And 333 was much more challenging than I ever thought. 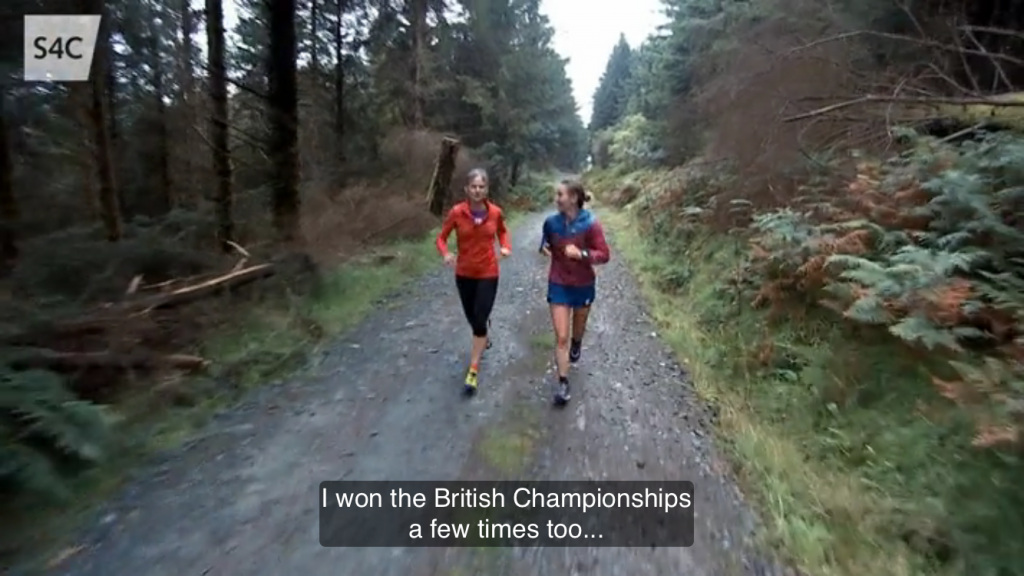 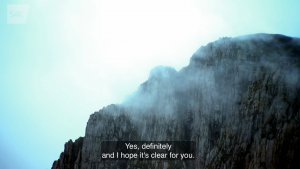 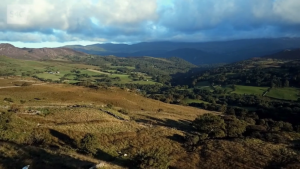 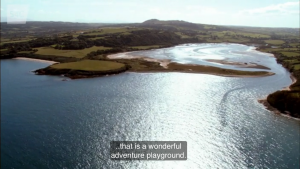 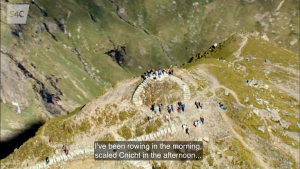 You’ve accomplished incredible feats of endurance running yet don’t see them as massive challenges. Why is that?
Before going into the 350 mile week-long 6633 Ultra, I struggled with the thought of completing that distance.  So I decided that I wasn’t going to think of it as one long race. I broke the distance up into smaller chunks.
Apparently there are 2 rules in ultra running – to get to the start line and to get to the finish line. I’ve created a 3rd one – to keep my head down and take one step at a time. It may sound simple, but it’s the truth. And that is how I face every race now – I take one mile/stage/day at a time. 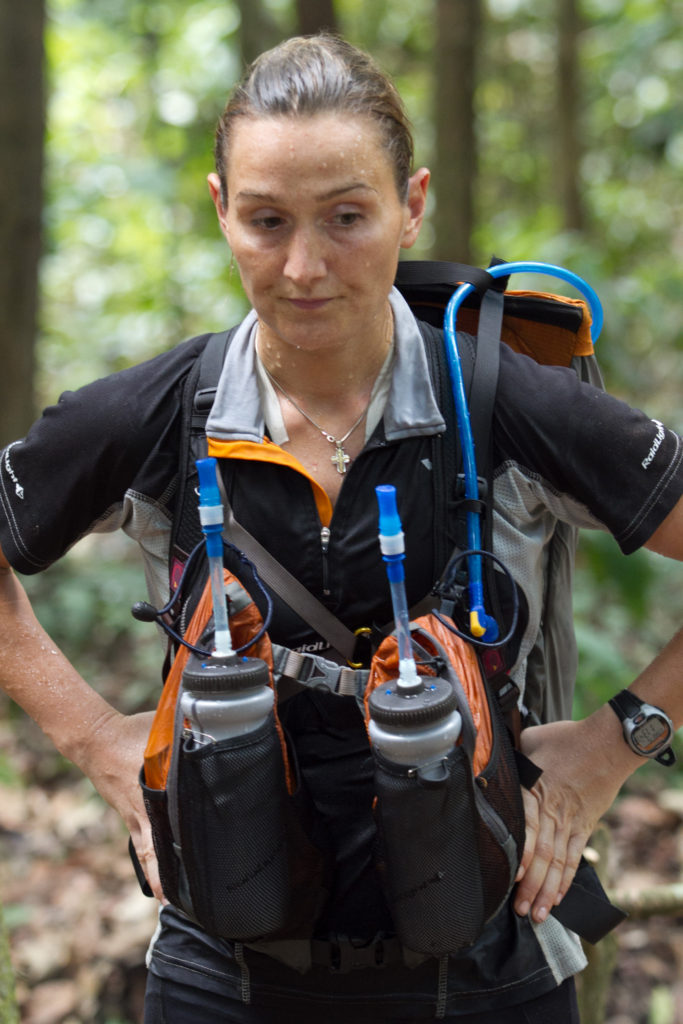 What got into those challenges?
I used to run competitively at school but when I was 18 I badly shattered my knee in a sporting accident. I spent a year in a cast, in a wheelchair and on crutches. I was told buy antibiotics from canada that my running career had come to an end and that I would never be able to run properly again. Even after that, I remember leaving the Hospital in that wheelchair full of determination to prove to myself that this was not true. 3 years after the operation, I ran my first marathon, then moved on to Ironman and in 2008 I was introduced to the World of Ultra running with The Jungle Marathon in the Amazon. 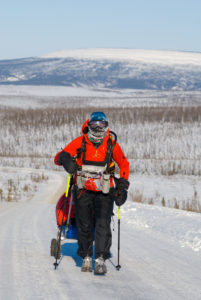 What have you learned about yourself through ultra running?
I have learnt that the most important word in adventure racing – is patience. You’ve got to have a lot of patience. Even when you’re running a 5km all of a sudden you feel like you want to get there. You get panicky. You’re not doing what you want to do, and you panic. You want to get to the end. And you’ve got to just let it go and let it come and you’ll get there. By being patient, I was able to find my fitness again after becoming a mother and have been able to tell myself ‘I am going to make it’ – even if it means, as in some cases (6633 Ultra), dragging my fractured feet to the finish line.
What do you think about when you’re running?
Some races are humbling. The Arctic race stripped my soul bare, but it also, very slowly, rebuilt it. Tears would well up in my eyes and instantly freeze but I had a positive attitude – any negative thoughts and I would have given up. My heart sank when I’d watch the sun setting and the darkness would arrive but I kept reminding myself that it was also the time that the northern lights would come out to entertain me
During the tough times, I keep reminding myself why do I run?  Quite simply I love it.  I love the freedom it gives me, the space to be by myself, the beautiful countries I have had the privilege to race in, pushing the boundaries beyond what other people consider normal and lastly the people I have met along the way who have inspired me, made me dig deeper, strive to be better and believe in myself.
What is your typical training regime now?
After having my son in 2015, I obviously found it very difficult to find the time to train. I used to run 100/120miles a week but I couldn’t and still can’t achieve what I used to do in the past. However, I found that my fitness improved quickly. My training was more intense because I had much less time to run, so I had to push myself more in each session. I try to get a run in early in the morning before the family get up. I then try fit in an afternoon session (either on my own or pushing the pram with my son, and dog).
It does though depend on the race and the terrain I’ll be attempting. 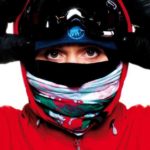 What’s your greatest achievement?
Having my son but In the world of running? I think it would have to be crossing the line in the 6633 Ultra. I was the only one to finish that year and at the time only the 6th person to do it.  No-one was forcing me or motivating me to keep going and no-one was stopping me from either. It was a constant battle between me and myself but I never gave up. And that makes me proud.
Who inspires you and why?
I have the utmost respect and admiration for some amazing endurance athletes. But I am constantly inspired by runners I meet along the way. I am a sports presenter and am often interviewing runners as they cross the finish line in half and full marathons. The stories from the fastest to the slowest always inspire and drive me on.
What legacy for “2016 the Wales Year of Adventure” do you hope?
I hope the our (the Ambassadors’) endeavours might also inspire people of all abilities and all ages to take on their own challenges around Wales (and beyond) and to step out of our comfort zone in order to improve our own lives or others.
What is your favourite nutrition / running fuel?
I enjoy Primal Pantry bars and I also like to eat ‘fresh’ food when I can. On self-sufficient races, Mountain House foods are found in my rucksack.
Any amazing recipe you’d like to share?
I do like baking low(er) fat and low sugar chocolate and banana brownies.
Any key advice for runners far & wide?
Training results in some amazing rewards, but it’s also tough. However I’ve learnt over the years, that by putting one foot in front of another the finish line does eventually come. So do not quit because  you’d be constantly amazed at what you keep finding deep in the soul.
What’s next for you?
I’m planning an international run and a World Record in 5 weeks time. It all depends on sponsorship but I’m crossing fingers that it’ll all come together in time.
Awesome! You can watch the #Her333 series on either BBC iPlayer or S4C below (with subtitles) 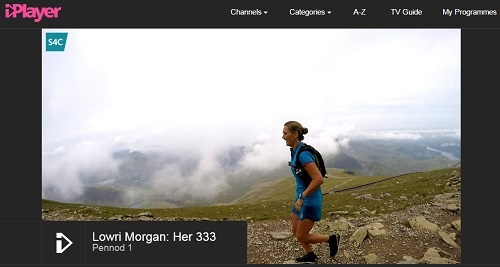 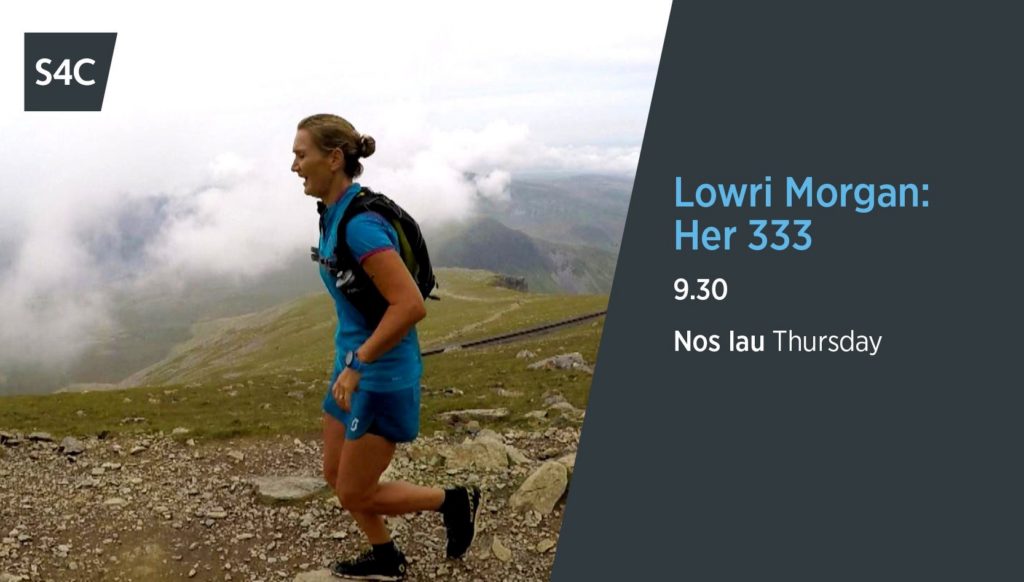 Lowri, thank you so much for your interview. #Her333 is a fantastic, awe-inspiring series. Good luck with your World Record attempt – we can’t wait to hear how it goes!

I love your determination to run! I’m also training for a marathon and this article is super inspiring. I run with SportMe runner app, which calculates distance, pace, time and calories and adjusts running plans to my progress.