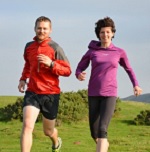 Passionate about running, adventure, environmentalism, travel, mountains and so much more… Jen and Sim Benson share their experiences with us 🙂

Jen and Sim, you’re best known for your “Wild Running” book, a superb guide for anyone wishing to explore British trails and fells. Out of the 150 runs detailed, which routes are your favourites?

We love so many of the routes we included, it’s hard to pick favourites, however some definitely have sentimental value. We have two young children so these days we rarely get out together, however in the past we had some amazing times running. We lived in the Peak District for a couple of years and the Bakewell and Chatsworth Loop was one of our regular runs – it’s a cracker! We’ve also had some great adventures on the Cotswold Way, which features a couple of times in the book. Finally, the South West Coast Path, particularly the Cornish part, is a real favourite and we’ve run, climbed, walked and raced all along it, most memorably when we ran the 45-mile Classic Quarter together. We’re looking forward to the time when we can all go running as a family. 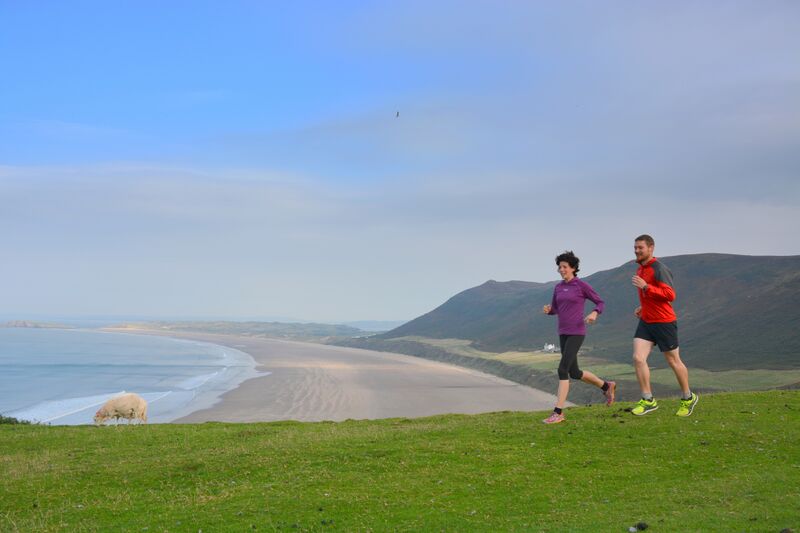 And your favourite route abroad to date?

There’s so much to do in Britain that we haven’t spent much time exploring the running abroad yet, but there are some awesome trails in the Alps.

How did you both get into running?

We were both active kids – always climbing trees, riding our bikes and getting into mischief. Since then it’s something we’ve always done, initially as a way to keep fit and then as a passion.

Was this always trail / fell?

We do quite a mixture really. When we’re in places where there’s great off-road running (which is admittedly quite a lot) we make the most of it, but we both enjoy a bit of road running too. 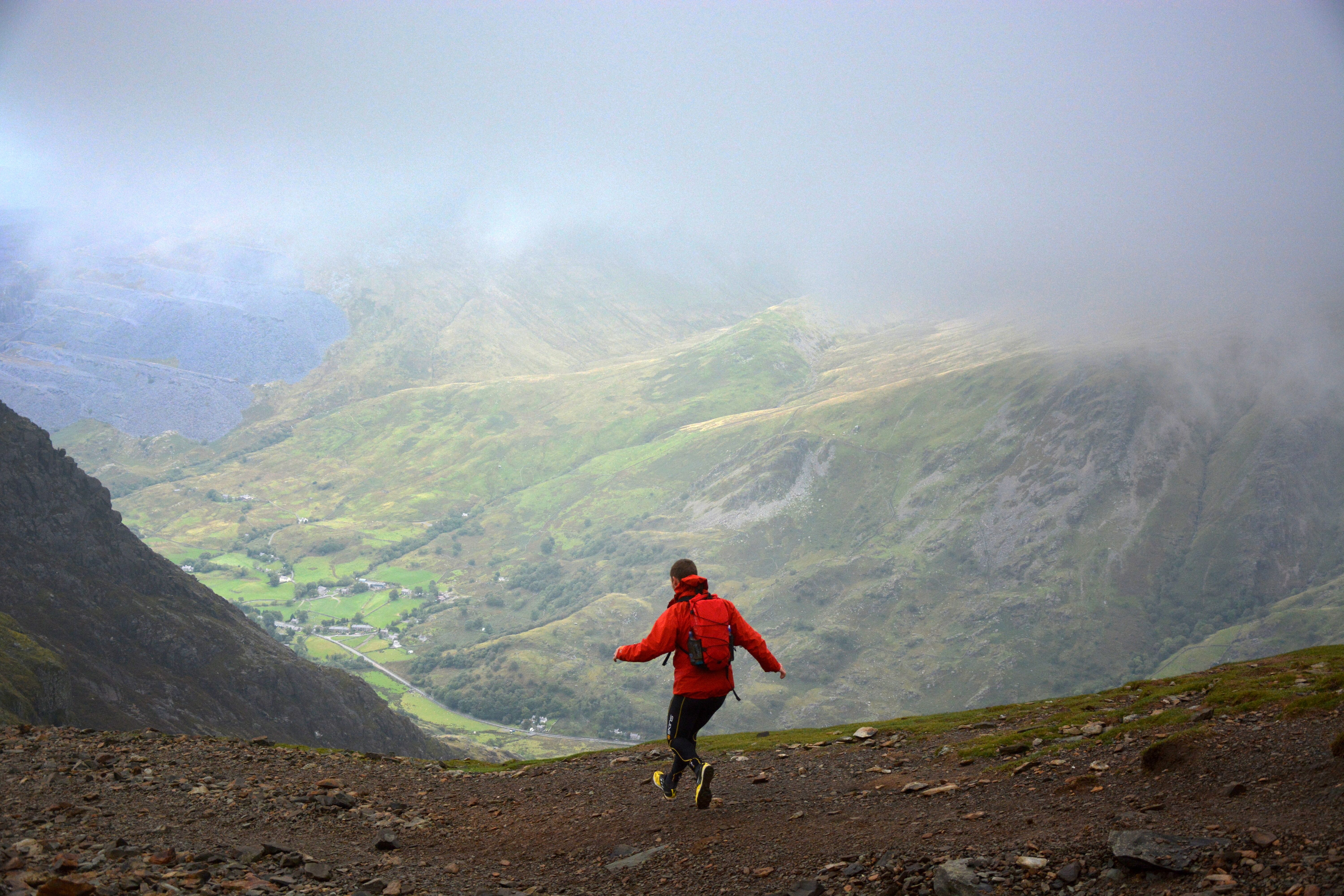 How did you progress to marathons, ultras, Ironman events, mountain marathons ,adventure races and the like?

It’s something that just happened really, as we ran more and found out what’s out there in terms of challenges. We met through our mutual love of running and spent a few years doing every race we could together. I think we’ re both a bit overexcited about it all, so we just wanted to try it all out.

Do you have a mantra?

Jen: If it was easy everyone would be doing it. 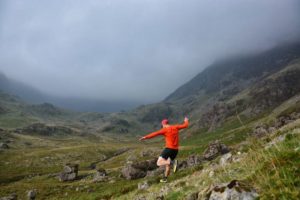 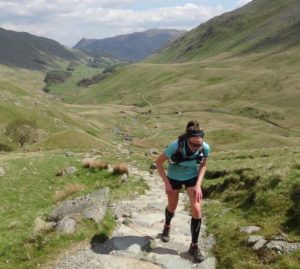 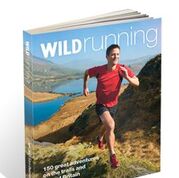 What would you say to anyone considering trail running?

Do it! Start with a little bit and build up. The demands of running off-road on your body are quite different from road running so it can take a while to get used to that, but the key is little and often and to increase speed and distance as you feel able. It’s a great way to mix up your training and a fantastic way to see the world. It’s given us so much: friendship, self-reliance, a deep appreciation and knowledge of the country we live in and it’s brilliant for mind and body too. And don’t be afraid to explore – it’s easy to get stuck in a routine of specific running routes, but it can be incredibly rewarding to try somewhere new and different. That’s part of the reason we wrote our “Wild Running” book, as we loved exploring but would often end up running along an A road trying to find the next bit of footpath. The book is an introduction to trails all over the country so runners can get a taste of the fantastic variety of running here.

What has been your favourite event to date?

We did the Endurancelife Coast to Coast Extreme a few years back. It starts on Devon’s most northerly point at around https://www.savealoonie.com/phentermine/ 11pm and you run, buy inderal online no prescription cycle and kayak non-stop to Devon’s most southerly point, about 150 miles away. It was an incredible experience to have together, exploring our home county and supporting each other’s highs and lows along the way. We still talk about it now! 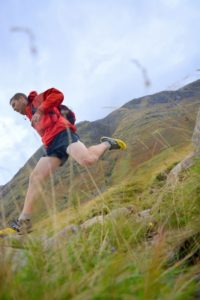 How have you found contributing to Trail Running magazine and others like Running Fitness magazine?

It’s great being part of teams that are as passionate about running as we are. We like the challenge and satisfaction of producing a regular feature, making sure it’s as well-written and researched as possible, finding our favourite photos to go alongside it and then the excitement of actually seeing it in print. We’re doing quite a lot of gear reviews for Trail Running mag at the moment and it’s great to research all the brands and manufacturing processes as part of that. It’s taught us a lot about corporate responsibility and what to look for when buying kit. It’s great getting to test out all the latest gear too and being involved in the exciting new development and innovation that’s continually happening in this area.

You’re very positive about environmentally-conscious running and adventure. How can we encourage more of this?

We think part of loving and appreciating beautiful places is taking ownership for the way we treat them. Running is a low-impact way to explore, causing relatively little damage to the landscape and with minimal requirement for equipment. Humans are incredibly efficient distance runners so it seems like a perfect sport in a world where resources are so precious. Car-use is something we all have to be conscious of, and we’re trying to encourage race organisers to put public transport-friendly options in place and to find routes that are possible to run without using a car. Unfortunately, due to their remote nature, this isn’t possible in many wilder locations, but we think driving should always be a considered decision rather than a default one. We’re also keen to work with organisations to make sure recreational use of their places is low impact and works with their conservation aims. Many are having to diversify to generate additional income but it’s important for this to be a low-impact as possible. As an example, when devising routes through forest and woodland, we’ll work closely with relevant organisations to make sure important habitat isn’t disturbed and that proposed routes fit in with the management of the area. 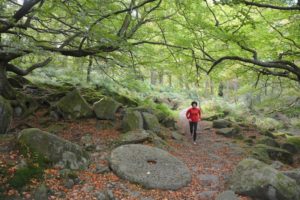 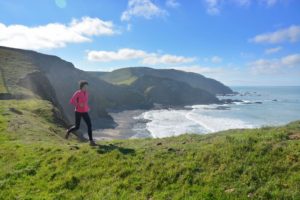 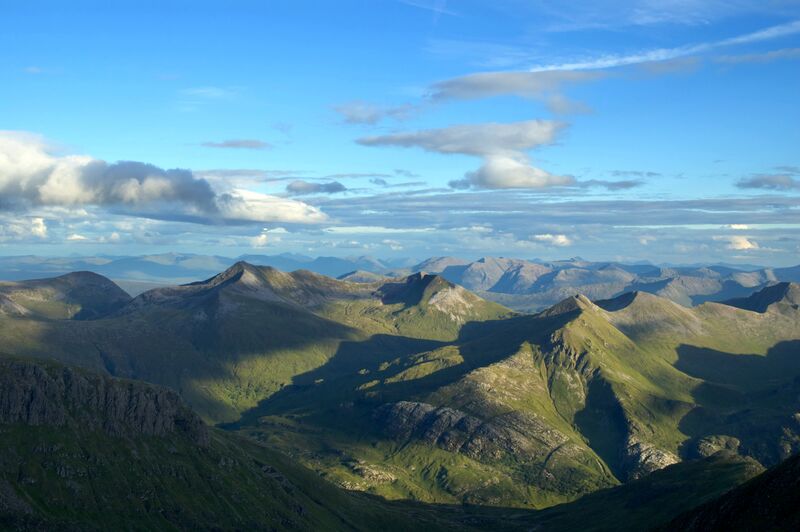 What’s the best running advice each of you have been given?

Jen: Take short cuts in races, but never in training.

What is your favourite running fuel? Any recipe suggestions?

We usually have a Nakd bar with us on longer runs. We’re verging on vegan, as in we don’t eat meat or dairy but will will eat eggs from our own hens! Eating lots of organic veg and grains feels like it does a good job of fuelling and recovery – our favourite meal is probably sweet potato and spinach curry with rice and dhal.

Pre-planned route or just ‘go where it takes us’?

It’s good to mix it up. We have set training runs that we’ll do every day, but then once or twice a week it’s great to go exploring, get lost for a bit and feel the ‘wildness’ of a place.

What adventures are you planning for 2016?

We spent the past 18 months living a nomadic life, camping most of the time, exploring Britain’s greenery. We now have a house and a garden that we’re turning in a but veg patch, so we’re going to be getting that in shape and training hard for some key races later in the year. 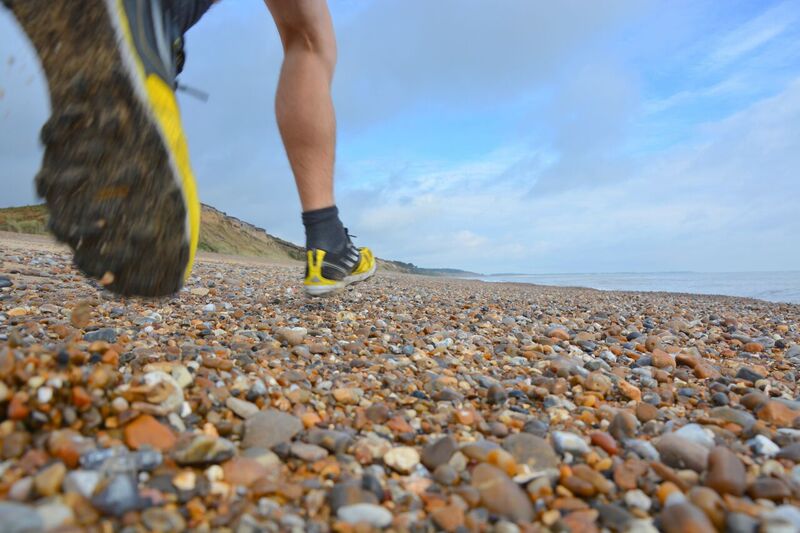 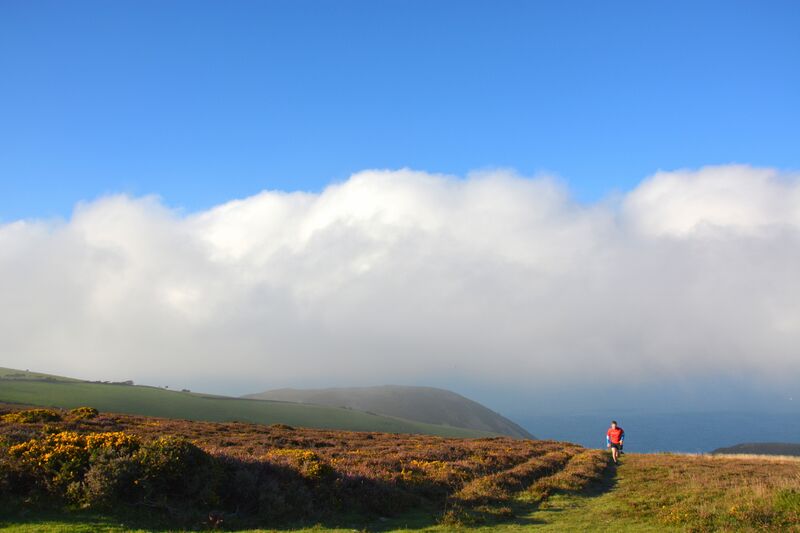 Jen, Sim thank you so much 🙂  I’m sure your words and those amazing shots will have people desperate to get out onto the trails!

Wild Running is the first UK guidebook for those who love to run and who dream of exploring Britain’s spectacular mountains, forests and coastal trails. Featuring 150 hand-picked runs, chosen for great running terrain and sensational beauty, this book is the ultimate guide for those looking to break free from the gym and the streets.