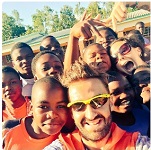 In this interview, he shares the motivations, trials and teachings from his 2016 adventures.

Brendan, how did you get into running?

I stared running in 2006, it was actually a bet on a drunken night. A group of us agreed to run the Wilmslow Half Marathon 3 months later. So with no experience I would get up at 6am before work and run/walk from lamp post to lamp post. I hated it to begin with but once I built up periods of running I started to really enjoy it. This was the start of a life transformation from debt, partying and being unhealthy to becoming more healthy and my early morning runs would wake me up and start my day so well. 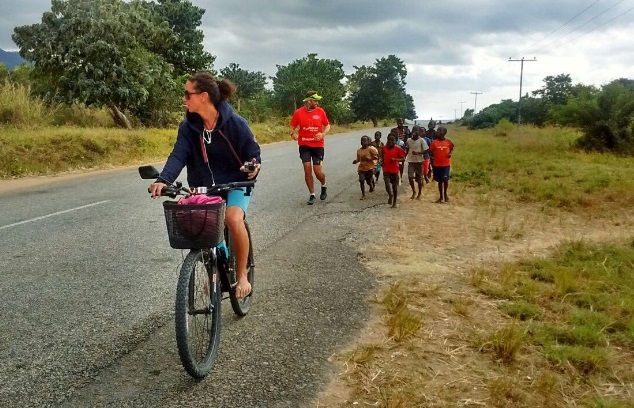 What inspired you to start fundraising?

My 1st trip to Malawi in 2008 was the start of fundraising, visiting one of the poorest countries in the world had a huge impact on my life. Behind the extreme poverty the people showed incredible resilience, I was welcomed with open arms and the smiles, laughter, singing and the dancing gave me such an appreciation for life.

In 2009 I returned to Malawi visiting FOMO (Friends of Mulanje Orphans) an orphan care programme. I spent 3 weeks there and witnessed the incredible work they do supporting 4,500 orphans and that inspired me to fund raise for them for the last 7 years.

What was the ‘Why’ behind your Malawi challenge?

So after traveling between 2012 and 2015 I had returned to the UK inspired to return to my favourite country Malawi. The last time I was there was 2009 and really wanted to return.

During these years of travel I had not been running so the combination of wanting to raise money, getting back to fitness and having the idea that the best way to see a country is by foot the idea of Running Malawi was born.

I had met with FOMO and asked if I could have a fund raising project. The run was to raise £35,000 to build a Science Block for their Independent Secondary school. Education is something I am also passionate about. 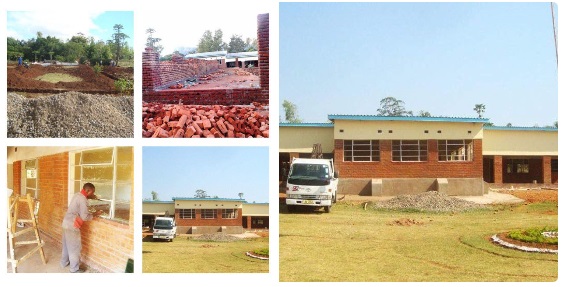 In 2015 I was back training quite hard, and over the summer had completed 3 marathons in 12 weeks, ran 2 ultra marathons a 50km and 58km and ended the summer running the famous Wainwright Coast to Coast 192 miles in 8 days. That gave me the confidence to complete running the length of Malawi.

I would also train most days covering 20 miles a day this would in include a walk/run training plan where it was not about speed but just being on my feet most days for 20 miles.

I also introduced cycling in the afternoons.

Goodness me! How did you get through tough moments?

There were a few tough moments through out the run –  when I got sick and had terrible stomach problems, also my legs swelled, running a marathon a day for 27 days was going to be tough in the heat, I didn’t have the luxury of showers, a bed, variety of food. Instead we were camping, showered with a bucket of water and ate rice, veg and chicken most days.

But all of these things were put into perspective as the poverty I witnessed daily was so extreme. The 1st school we camped at the classrooms were falling down many not even having a roof.

That was the drive behind the tough moment’s that I was so determined to make a difference and in my head kept thinking all of these tougher moments are just short term – keep thinking of raising that money and building that school block for these https://cheaplevitrapill.com incredible children.

Every day I would be joined by so many children this also helped me a lot especially when it started to get hot – its great to have company. 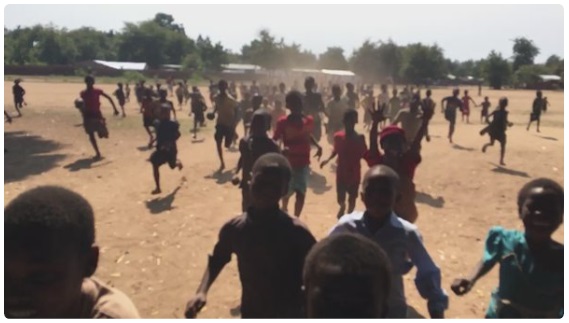 What did your daily nutrition typically consist of?

It was quite limited what we did have to eat.  In the mornings I had a rice porridge and peanut butter and jam bread rolls. Lunch and evening meal would be rice, pasta with veg and chicken.

What is your most treasured memory of Malawi?

My most treasured memory of running Malawi has to be when I met Ganizani a little boy who was 12. His parents had died and he was disabled. His life was dragging himself along the floor I found this extremely difficult but returning a few days after I had finished the run with a wheel chair was so overwhelming.

There are so many special moments it’s so hard to choose just one. The whole run was completely out of this world. 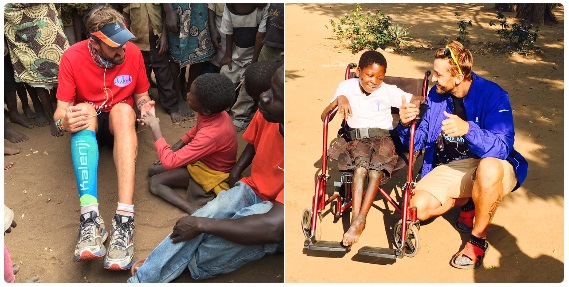 How was it different to running Malawi?

Running JOGLE was completely different than running Malawi. In Malawi I had a support team and Emma cycling close by, I had far more challenges in Malawi heat, limited choice of food and camping every night. 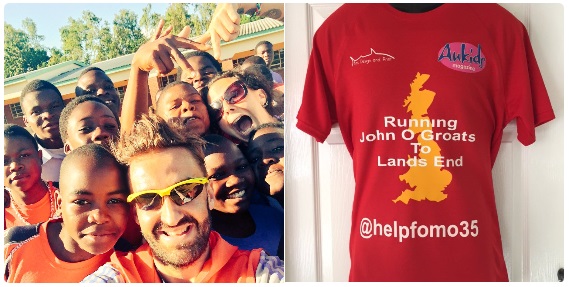 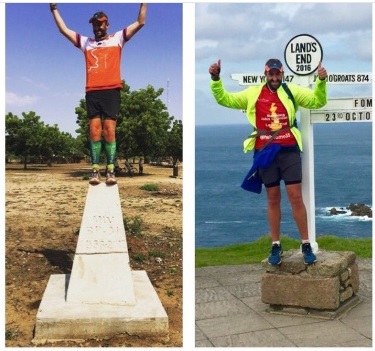 What have your challenges taught you about people?

Running Malawi the people and children were just so overwhelming having them join me it was crazy.

Running JOGLE I experienced so much kindness with people offering a free bed for the night, people would pay for my lunch/food and people I met along the way would donate. I loved how both runs pulled people together in a positive way.

I want to gain and grow through experiences so if I can combine a run/adventure with fundraising then I get the perfect mix. A lot of what motivates me is making a difference changing a life.

Its something that has been in my head for a while, it’s a huge challenge and I really do believe I could do it. Its just when. Its early days but I think I would need to run the coast to coast of Africa before I make decision.

Coast to coast of Africa before the length?!  Can anyone do such challenges?

I think everyone has the potential to do far more than what we believe. I think it’s circumstances that can hold people back sometimes, jobs, debts, children.

I do think however people should take more risks instead of something in your head is an idea make it a reality. Start smaller and who knows where it may end up. I think challenges can be made pretty cheap, and they don’t have to be in another county. Great Britain has so many places to set a unique and special challenge. 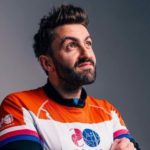 We are in a time of screens, people being more stressed, working more so it’s now that getting outside is so important.

Its free walking, running or cycling lose your self in your surroundings, it’s the best therapy.

In 2017 I plan to do some races over 10km – marathon I would like to get a bit of speed back, improve my times over those distances. Run Hadrian’s Wall and also the Wales coastal path.

In August I am also running a 200 mile Ultra race. 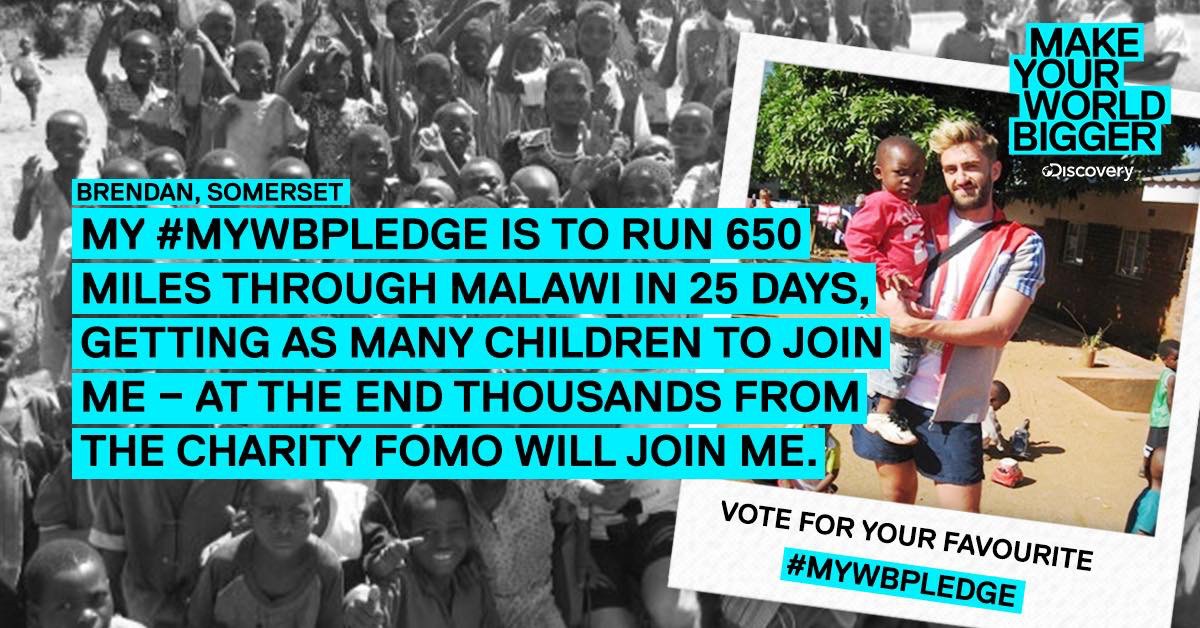 Bren, thank you so much for sharing your thoughts. Your fundraising and challenges are inspiring to myself and many many others. We look forward to following your adventures in 2017 and beyond 🙂