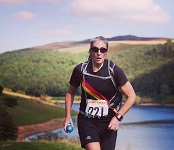 The comeback ultra – don’t let a DNF get you down

I’ve had a funny old year for running this year. I’ve been running for 13 years now, starting as a fun runner, taking selfies during my first charity 10k (Great Manchester Run). I progressed quickly to marathon runner – well, embarrassingly, at the time the London marathon was the only other race I’d ever heard of! I’ve now done 12 marathons so far and counting. In 2010 joined a club and became a bit more of a competitive runner. Took up fell running and decided off-road running was definitely for me. And finally when the marathon training/running started to feel decidedly ‘comfortable’, I started ultra running.

Ultra running seemed to combine several of my favourite things – long distance running, off-road running and eating. So three years ago I took the leap and entered my first ultra marathon in 2013, the Ladybower 35. A stunning trail route running round the beautiful reservoir of ‘Dambusters’ fame. Joy of joys I had a wonderful run and finished 2nd lady, 5th overall! 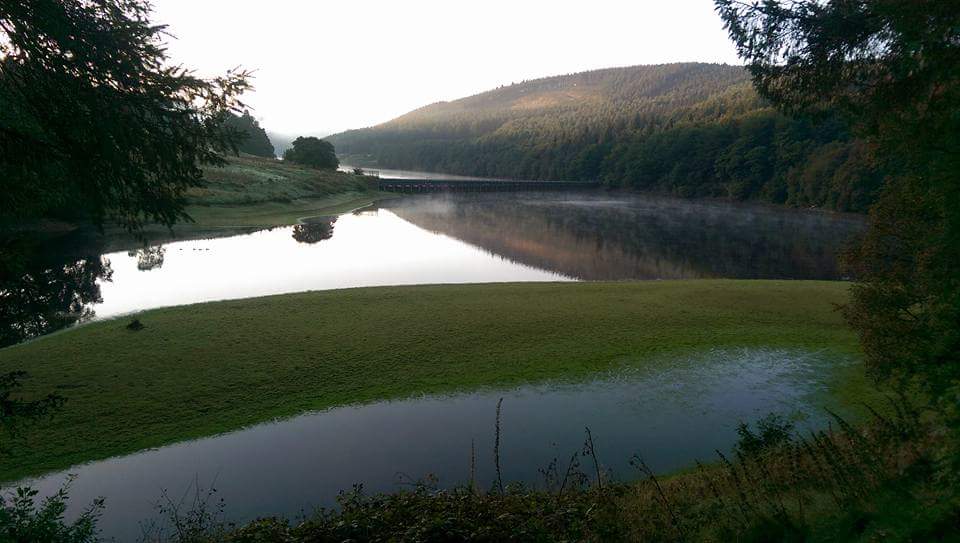 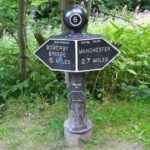 I entered my next ultra within 6 months. Next was the 50k Canalathon which I decided to run all the way without the usual walking/eating breaks. My theory was ‘well it’s only a few miles over a marathon’… now I’m not entirely sure that this theory stands up but I did just about manage to run it all the way in about 5 hours 20-odd minutes. I moved up distance, completing the 100k Canalathon the year after, followed three months later by the 110k Ultimate Trails Lakeland ultra. These last two events had been tough in very different ways – the canalathon mentally challenging (running along a flat canal for 12 hours, suffering with terrible nausea for the whole of the second half) and the UT110k physically challenging (69 miles, 14,000ft of ascent and quite technical running) but completely exhilarating. I started thinking about entering a 100 mile event. I’d just need to run the UT110k again and use this as a qualifying race. I looked forward to getting a 100 mile race under my belt. Just imagine being able to say you’d run 100 miles!

So as 2015 drew to a close I entered the same ultras again for 2016, the 100k Canalathon in late March and the 110 Lakeland ultra in early July. With the experience of having run the events before I felt confident I’d be able to complete both events again and was hoping to improve my time in the Canalathon in particular as I’d found it hard going when the nausea kicked in. Training went well through the winter and into spring. I seemed to be running a bit faster than I had previously. Everything was on track. And then. The week of the Canalathon I became ill. The worst cold I’ve had for many years. I never get ill. Ever. Why now!? Still, I’d done all the training and I had the confidence knowing I had completed the event last time, even though I had felt terribly sick during the race. So it didn’t even cross my mind to pull out or even drop to a shorter distance (oh hindsight..) Anyway, a couple of days before the race we went for a short walk up Holcolmbe Hill. I struggled so much. I got to the top drained and out of breath and turned to my friend and said “I am seriously worried about this race now!!” But still, I had another couple of days to rest and was still relatively hopeful. 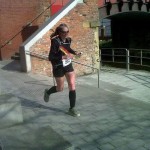 Race day came! An early start and especially so as the clocks had gone forward the previous night. We set off from Sowerby Bridge for the 31.5 mile outbound stretch to Manchester. All good up to the first check point at 10 miles. And then things rapidly went downhill! I got to 15 miles – still very early in the race bearing in mind there were 64 miles to do overall – and I felt shocking. No energy, feeling sick… so early in the race but feeling like I had at about 40 miles last year. I was worried!! I managed to get to the halfway point at Manchester, turn around and head back. So many friends and family had turned out to support me, I was so grateful. I could only apologise to them, crying and emotional, knowing I was having a nightmare. I got to about 80km, roughly 50 miles and timed out just before the last checkpoint 13 miles before the finish. Devastated doesn’t come close. I cried all the way home.

At least I still had the Lakeland Ultimate Trails to look forward to. I got back into training again. Got up to doing 40 mile training runs, feeling good. Race day arrived (I say race day, we arrived at the event on Friday ready for a midnight start!). All good. Thank goodness! I did exactly as I did the previous year, even down to eating the same type of pasta salad the evening of the race. With the midnight start a nap in the early evening was essential. Feeling full and a bit uncomfortable I settled down in the tent for a few of hours sleep. Waking at 10pm I knew things weren’t quite right. The full stomach I’d gone to sleep with was still there. But now it felt tender to touch, even having my backpack strap against it felt uncomfortable. Probably just the late race start. Nobody feels that great starting a race at midnight!

Very, very soon into this race once again I knew things were not going to plan. I couldn’t xanax online bear anything touching my tummy. Although managing to get to Kentmere faster than the previous year, I felt terrible. Gripping my sides and walking I managed to get over the first three mountain passes, increasingly uncomfortable and struggling with stomach cramps. Made it over Nan Bield (a real highlight last year!) and onto the next leg. Shortly after leaving the checkpoint at Haweswater I had to find a secluded spot. And (apologies if you’re eating) thus ensued horrendous diahorrea. Ah right… so I was ill!!! That explained everything. Food poisoning. Unbelievable. How unlucky can one person be? Walking most of the way to the next checkpoint I deliberated about continuing – could I possibly walk for another 40+ miles to the finish? Finally arriving at Bampton I accepted the inevitable and handed my number in. Another DNF.

Talk about lowpoints. Nothing could have made me feel worse. What was happening? I had never DNF’d before and now I had DNF’d two major races that I’d trained months for. It really made me think about how much I had invested, just for everything to fall apart at the last moment. I had sacrificed other races (missing club championship fell and road races) for months in order to get the long ultra training runs in. The early weekend starts, the hours spent in wind, rain, hail.. alone for long hours on the trails. All for nothing. Time I could have spent with my daughter, my partner, family… what had I been thinking. Everything went through my mind. More tears.

To cut a long story slightly shorter I decided never to do ultras again. How could I invest so much for things to go so wrong at the last minute. Decision made. I started to enjoy running shorter distances again. We went on holiday…

And then I started thinking about ultras again. I’d started to realise that I couldn’t leave things as they were. I had to do something. How could I finish the year achieving nothing, having started the year with such high hopes? Within a couple of weeks of returning from holiday I entered the Ladybower ultramarathon again. I’d had such a positive experience there three years ago it would be the perfect choice. A lovely undulating trail run which I’d thoroughly enjoyed last time. This time having no 35 mile option I entered the 50 mile. I decided not to tell anyone (apart from my partner Nick who would need to drive me to and from the event) for several reasons. Self-doubt being the chief one! But still, feeling terribly guilty about not sharing my decision to enter another ultra. But what if I DNF’d again? Self doubt again! I had to finish. 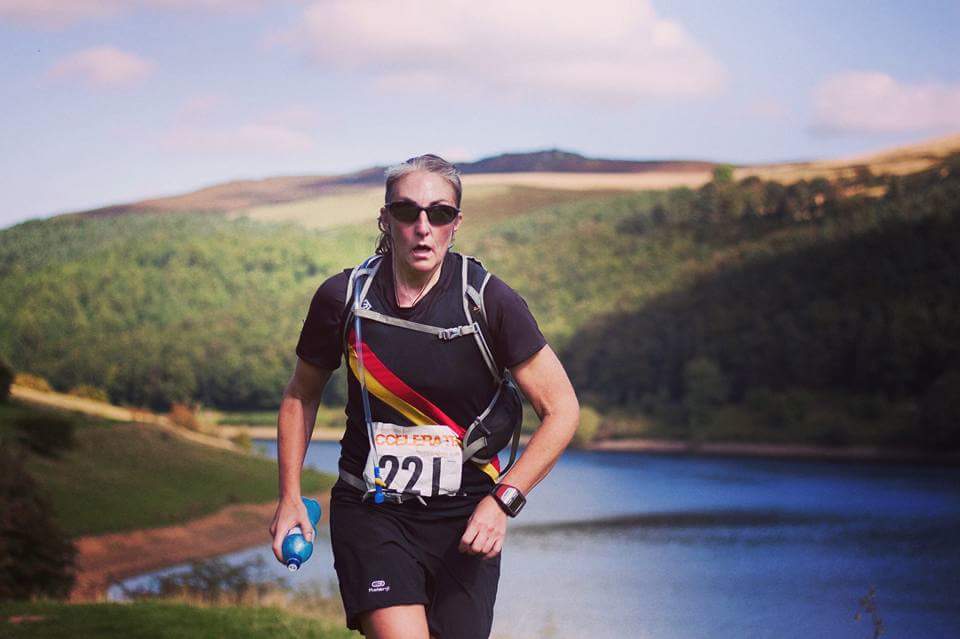 Race day came, another early start. Doubts on the way to the race -“maybe we should just turn back, nobody knows I’m even entered!” And then the start. Again everything seemed to be going well. Running at a comfortable pace and enjoying the route. The relief! An ultra going well. Even so I kept waiting for thing to start going wrong. Starting to feel things hurting at 30 miles, but only to be expected. Dip in energy at 37 miles. Bit of refuelling and things started to pick up again. Feeling amazing as I passed the 40 mile mark. The overwhelming happiness realising that I was going to finish!! Never mind racing it, I’d have been ecstatic just to complete it. Last few miles and realising that I was overtaking people, I ran in to the finish as 4th lady. Talk about highs and lows of running! 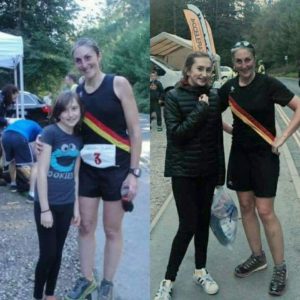 I’m not a fast runner, I’d probably describe myself as a pretty average club runner. There’s plenty of people who have run further and certainly faster! I’m not sure how much this will help others, but just wanted to share some observations from this year’s experiences:

1. Don’t beat yourself up about a DNF

Everyone has a bad run. In all likelihood anyone running for long enough will experience a DNF. Especially in ultras! You’re not the first to do so and definitely won’t be the last. Even the elites DNF now and again. There’s no shame in a DNF.

2. You are more than the sum of your runs

Having two DNFs after 13 years of successful running made me question my self-worth like nothing ever before. How had I come to tie my confidence up so closely with my long-distance running? I hadn’t even realised I had until I DNF’d. A valuable life lesson.

3. Take the positives – and get some perspective!

Okay so you didn’t finish for whatever reason. But you were brave enough to put the hours of training in and step up to the start line. More than most. You managed to run ‘x’ number of miles into the race. Again, more than most could hope for. Looking back I knew I’d done the best I could on the day in both DNF races. Once I’d calmed down and stopped crying I realised this. I’d managed to get over three mountain passes with food poisoning. Ran as far as I could in the Canalathon. Never again will I bemoan ‘only’ being able to run 50 miles before DNF’ing!

After a disappointment like a DNF it would be quite understandable to decide never to take the plunge again. Only you can decide what’s best for you. You know your own body and mind. Don’t be too hard on yourself. Take some time out. Don’t rush. But don’t be afraid to try again.

5. Keep a lookout for ferns! 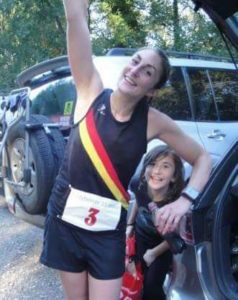 Excellent read. As brave to write about it as anything else. As for the DNFS, they were hardly wimping out! They both sound like Hurculean efforts! Happy running in 2017!

Sorry I didn’t reply at the time Mark, thank you so much for your comment! After a decidedly mixed 2016 I had a great 2017 thank you, revisited the Canalathon (75k option this time) and finished 1st lady, (5th overall) Talk about one extreme to the other! I think the experience of DNFs has ultimately helped my running, one of those where ‘if I hadn’t been there I wouldn’t be at this point now’ 🙂
Happy Running!